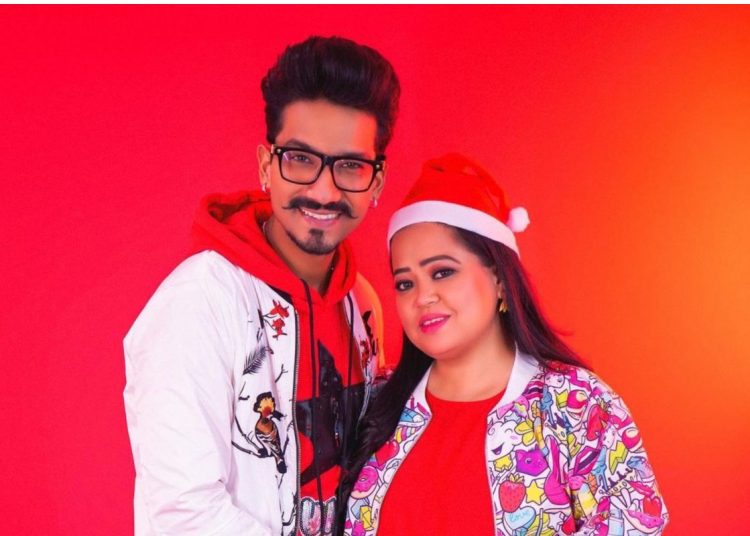 Bharti Singh, the Indian Comedy Queen, and her husband Haarsh Limbachiyaa had recently confirmed that they are pregnant. Presently, Bharti is five months pregnant. The baby is due in April. Their fans were incredibly thrilled upon hearing the big news and they have been wanting some baby bump images. In a new post made on Instagram, the couple dealt with their fans as they were seen creating a heart with their hands on her cute baby bump. Haarsh had slipped on his casual look and Bharti looked delightful in the red dress. Posting the image, in the caption, Bharti implored her fans and well-wishers that the couple will be blessed with “Santa or Santi.”

Some of their close industry friends, like Aarti Singh, Arjun Bijlani, and Karanvir Bohra and their fans are rooting for Santi. Bharti is incredibly excited about her pregnancy, a video posted by her had rightfully captured her enthusiasm. The video was titled ‘Are We Positive’ and features Bharti dancing her heart out upon hearing about her pregnancy and Haarsh’s response was just certainly precious. In some of the interviews, Bharti had confessed that she has been attempting to start a family for the last 2-3 years. Regardless, when the dream eventually came true, they hid it for the first three months.