Indian pace bowler S Sreesanth has revealed that he will be happy to take on any coaching roles or play in overseas leagues after confirming his retirement from all forms of cricket on Wednesday. The senior pacer said that he is ready to play franchise-based leagues across the world after the Board of Control for Cricket in India (BCCI) gave him the go-ahead to be a part of the coaching set-up in the near future. He said that he decided to retire from domestic cricket to make room for youngsters in Kerala’s domestic set-up.

“Thank you for supporting me, especially on my comeback to domestic cricket. I am retiring from first-class, all forms of cricket in domestic cricket. Looking forward to being part of maybe a coaching set-up to help the youngsters. If possible, play leagues across the globe once the BCCI gives me permission,” Sreesanth said in a video message, addressing his fans on Twitter.

Sreesanth took to Twitter to say that he will be making way for the youngsters at the domestic level. He had tried to enter the IPL 2022 mega auction but couldn’t make it to the list of players to be auctioned. Nevertheless, the Kerala pacer has stated if the BCCI permits, he will definitely play in franchise leagues across the world or even take up coaching roles.

The Unsaid Grammar Of Women Dresses 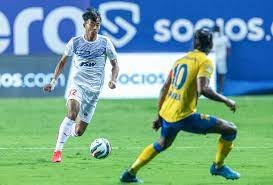