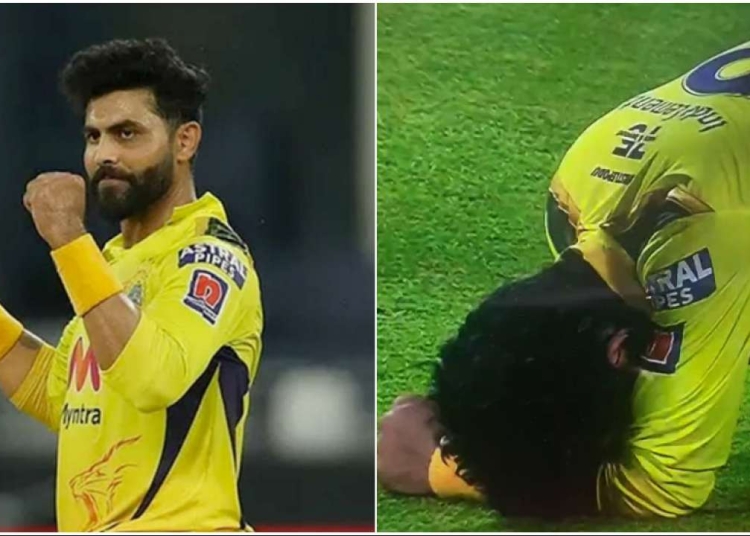 Chennai Super Kings all-rounder Ravindra Jadeja has been ruled out of the remainder of the IPL 2022 due to injury, his franchise confirmed on Wednesday.  It may be noted that the left-handed batter recently stepped down from the captaincy post of the Yellow Army and veteran MS Dhoni replaced him as a skipper.

The former CSK captain had injured himself while fielding during his side’s clash against Royal Challengers Bangalore (RCB) and missed their last game against Delhi Capitals (DC) due to a rib injury. CSK will now miss the all-rounder’s services at a crucial juncture in the tournament as they are still alive in the race for the playoffs this season.

Though Jadeja had not enjoyed the best of form for CSK this season, his absence is likely to hurt CSK a lot as he was a key member of the squad who could contribute well with both bat and the ball. Jadeja had started the season as CSK’s captain but decided to step down from his post midway through the tournament.

“Ravindra Jadeja reported a bruised rib and was unavailable for Chennai Super Kings’ game against Delhi Capitals on Sunday. He was under observation and based on medical advice he has been ruled out for the rest of the IPL season,” CSK said in a statement.

Jadeja scored 116 runs in ten innings at an average of 19.33 and a strike rate of 118.36. With the ball, he has five wickets from 33 overs at an average of nearly 50. Defending Champions CSK will face Mumbai Indians in their next match at the Wankhede on Thursday.